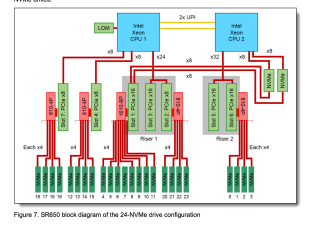 I’ve received several questions from customers about using PCIe switches for vSAN. I would like to provide some clarity as well as also bring up the close compatriot of the internal PCIe switch, the SAS expander. What do I mean when I say PCIe switch? I’m referring to adapters such as Lenovo’s 1610-8 that connects The post PCIe Switch and SAS Expander support for VMware vSAN appeared first on Virtual Blocks.